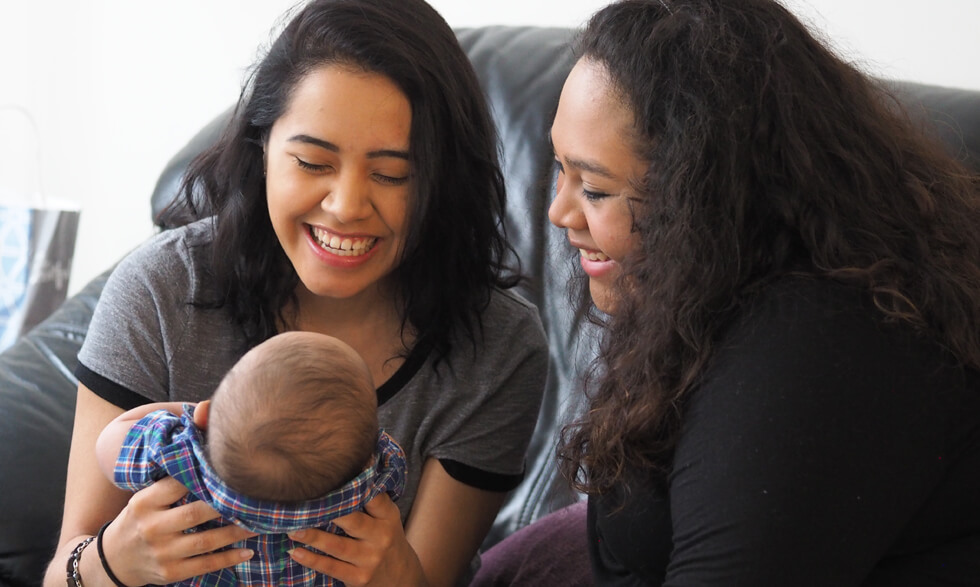 When Sylvia Granados-Maready was born, she was diagnosed with asthma. To this day, Sylvia lives with asthma without letting it define her.

“All my life, I’ve had asthma,” she said. “If you’ve got that competitive edge, accept it but know your limits.”

She let her competitive ambitions shine in middle school and high school by participating in sports.

Though her asthma was less severe when Sylvia was in her teens, there were times when it was tough. Sometimes she needed to stop playing sports or slow down to use her inhaler during gym class.

An avid swimmer, Sylvia once stopped in the middle of the pool lane during a swim meet because she was having difficulty breathing. Having asthma was emotionally difficult. “I hated having asthma,” she said. “People don’t see asthma, but you know you have it.”

Sylvia’s asthma symptoms have worsened, making some physical activities far more challenging than they were. She finds herself feeling motivated just to keep up at the gym.

“You have to learn to love yourself with asthma and realize that there is still a future, with or without it.”

“Some people might be super self-conscious about their bodies when they’re going to the gym,” she said. “For me, it’s wondering if I can keep up with the person next to me that’s running.”

To treat her symptoms, which worsen in the spring and winter, she uses two medications. The first is a bronchodilator, which opens breathing passages and relaxes muscles. She administers it with a nebulizer and an inhaler, as needed. She also takes a steroid through an inhaler every day.

Sylvia gave birth to her first child this April and asthma caused some issues during her pregnancy. In her third trimester, she experienced shortness of breath doing day-to-day activities such as walking up stairs. Asthma made it worse.

Giving birth was also more complicated. Luckily, Sylvia’s doctors knew that she had asthma and were ready for any possible issues. “During labor, I was having an asthma attack,” she said. “It was so much exertion and so much pressure.” She ended up needing a breathing mask to ensure she got enough oxygen.

While asthma has impacted some life milestones, like giving birth, Sylvia stays positive.

She said, “You have to learn to love yourself with asthma and realize that there is still a future, with or without it.”