Biking, Pilates, and yoga: How one woman stays active 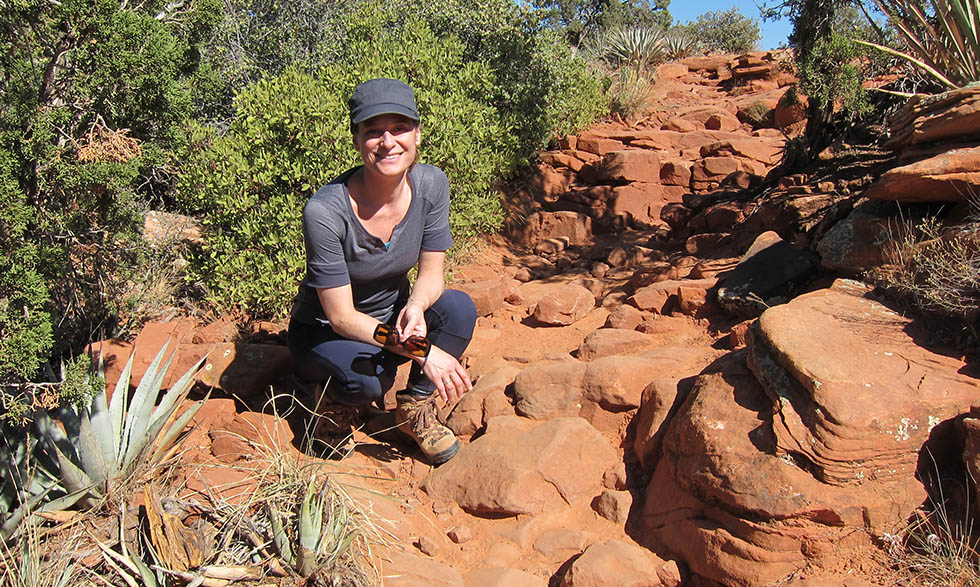 April is always on the go. She loves to hike and ride her bike to and from work, and went skiing for the first time last year. She also suffers from low back pain.

“I think those day-to-day motions play such an important role in keeping us flexible.”

It’s been 20 years since her first back injury, which she distinctly remembers.

“My entire back just froze up and suddenly I was in tremendous pain,” she says. April believes that her body had been sending her warning signs long before that moment. When her back first began to hurt after long periods of sitting and hunching over books in college, she attempted to stretch the muscles.

She knows now, after talking with her physical therapist and doctor, that she was stretching improperly, which likely contributed to her initial injury.

After her first injury, April did physical therapy and made sure to complete the approved stretches and exercises at home. Her low back pain was manageable until about three years ago, when she experienced a second significant back injury after twisting too deeply during a yoga class.

She went to her doctor, who recommended she do more physical therapy.

Even though her pain comes and goes, April’s experience with low back pain has had a major impact on her life. She avoids high-impact exercises, like dance fitness classes, which she once loved doing. And as an avid traveler, she now feels more anxious when she goes on trips since carrying luggage and long airplane and car rides can make her pain worse.

“I prepare myself for travel to be physically painful,” she says.

To help address her pain, April has a standing desk in her office and does Pilates as often as she can. She’s also started doing yoga again but is taking it one step at a time.

“I’ve found basic Pilates moves to be very helpful,” she says. Her physical therapist suggested that she work on strengthening her abdominal muscles, hips, and thighs. “I usually do a set of various [physical therapy] and Pilates-related moves daily. The list of useful moves is long enough that I can regularly mix it up.”

April’s advice for fellow low back pain sufferers is to get up and move their bodies when they can.

“Try to move between standing and sitting throughout the day,” April says. “It’s easy to find that you’ve spent hours at your computer in pretty much the same position. I think those day-to-day motions play such an important role in keeping us flexible.”