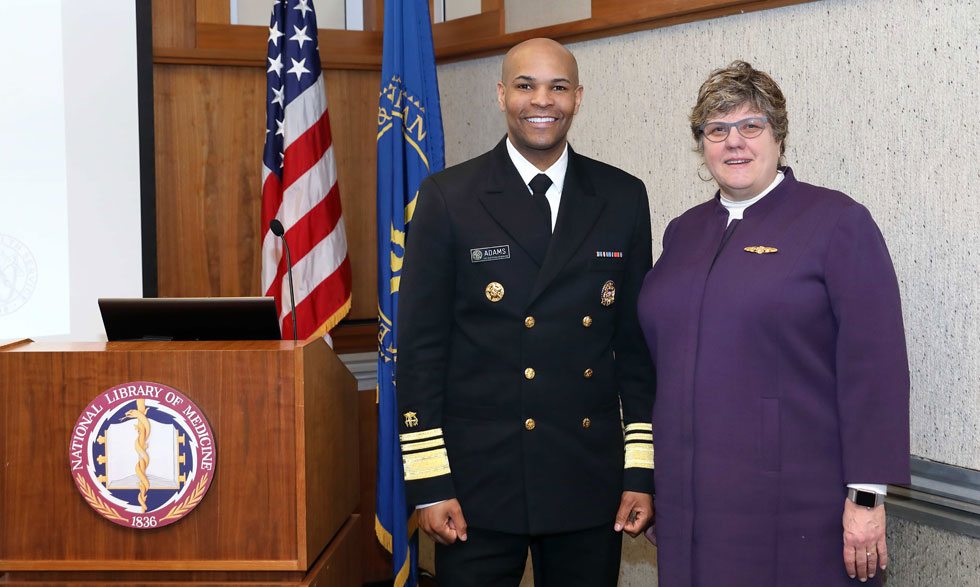 This February U.S. Surgeon General and Vice Admiral Jerome M. Adams, M.D., M.P.H., discussed his priorities for public health in the U.S. at the National Library of Medicine (NLM). On the top of his list is the country’s opioid epidemic.

Often called “the nation’s doctor,” the surgeon general’s role is to provide Americans with the best scientific information available on improving their health and reducing the risk of illness and injury.

“Ninety-one Americans die every day from some kind of opioid abuse,” he said.

Surgeon General Adams told NLM that confronting the problem in the U.S. will require a multi-part strategic plan including:

Clear communication, with the public and between government agencies, is also key.

“We need to get better at the science of communication,” Dr. Adams said. “One poll shows that over half of Americans don’t believe there is a treatment that works for opioid addiction.”

NIH is helping the surgeon general in the fight against opioids. In April 2017, NIH launched an opioid initiative with other government agencies and the private sector. Building on that effort, this spring NIH announced the HEAL (Helping to End Addiction Long-term) Initiative, an aggressive, trans-agency effort to speed scientific solutions to address the crisis. NIH is also increasing opioid research funding to $1.1 billion in fiscal year 2018 thanks to congressional funding support.