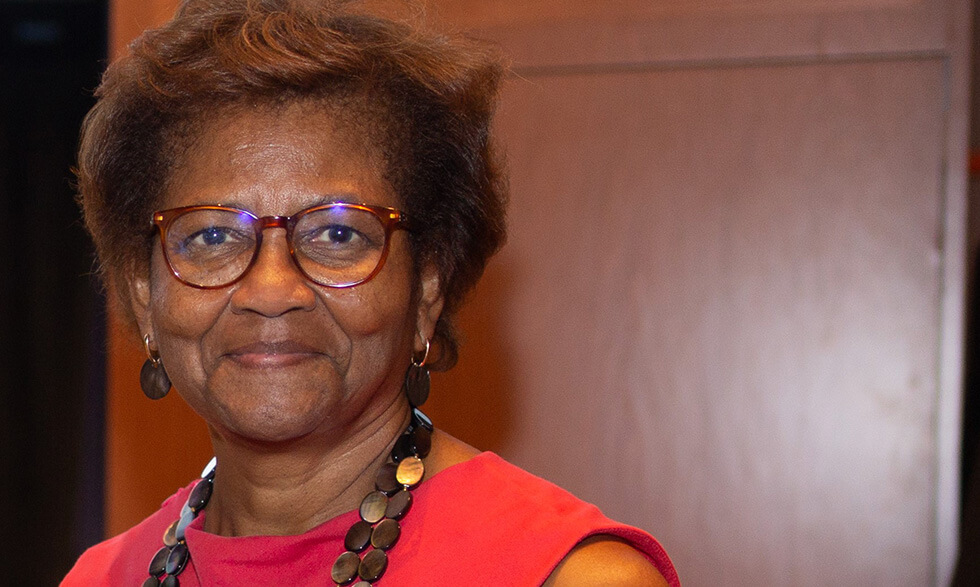 Worta McCaskill-Stevens, M.D., M.S., has spent much of her career advancing research that supports women with breast cancer, and the inclusion of underrepresented and underserved populations in clinical trials.

As part of her work, Dr. McCaskill-Stevens helps oversee NCI breast cancer studies throughout the country. Most recently, she and her team at NCI helped launch a nationwide screening trial for breast cancer patients. They hope to better understand whether 3D mammography is better at diagnosing advanced breast cancers than the current 2D technology.

Why is this new screening trial so important?

We haven’t had a screening trial for decades. Women are being asked whether they want to have a new 3D mammogram instead of the older 2D one. We don’t have the evidence that the more expensive [3D] technology is really better. This trial will help women make more informed decisions. It will look at whether 3D mammograms are better than 2D ones at finding advanced, life-threatening cancers over five years of screening. The trial will also provide us with more data to compare the risks of the two technologies. This includes whether a 3D mammogram’s more complete view of the breast results in fewer or more false positives [when results say there is cancer when there actually isn’t] than 2D does. If there’s no difference, there would be limited data to support using the more costly screening procedure.

Why are there continued differences among racial groups in breast cancer outcomes?

More minorities are being represented in clinical trials of breast cancer treatments. Why is that important?

“African American women are about 40% more likely to die from breast cancer compared with white women.”

It’s very important. One of the reasons I came to NCI as a breast oncologist was to be able to look at racial disparities and see the differences in risk, screening, treatment, and survivorship. We are seeing that African American women’s participation in breast cancer trials has increased. The trials have also changed. There are fewer very large trials and more focus on subtypes of cancer that are more aligned with higher incidence rates among African American women, especially triple-negative breast cancer. I am also encouraged that these women are joining the trials, because data suggest early treatment is more effective, especially for aggressive cancers.

NCI note: NCI places a high priority on answering the questions about optimal breast cancer screening and management, and has a working group to review accrual to the trial mentioned in this article, Tomosynthesis Mammographic Imaging Screening Trial (TMIST). During this review, the trial is fully open, both for women who are already participating and those who are interested in enrolling. New screening sites continue to open. NCI thanks the women who are and will be enrolled in TMIST for their participation.