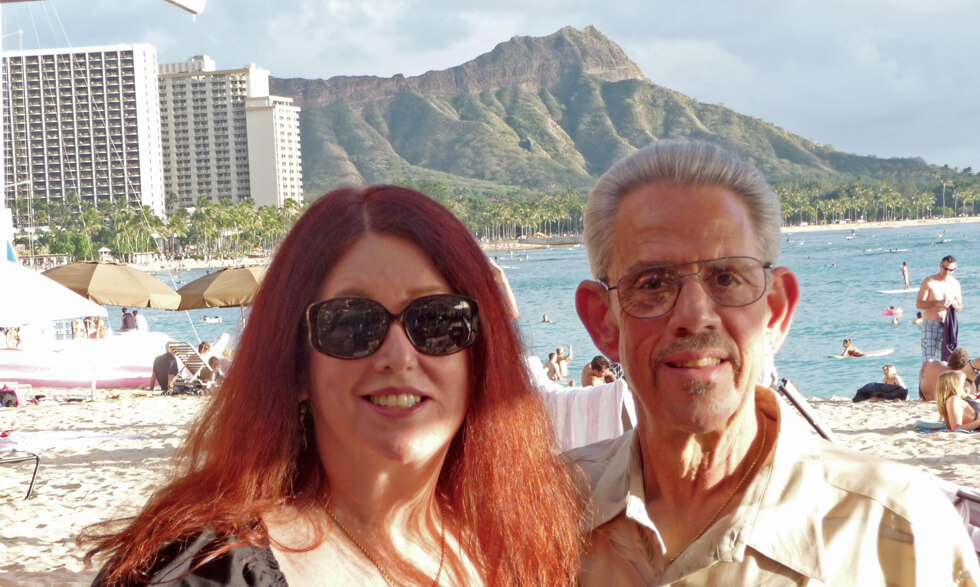 David Kaye never thought anything could hurt him.

He spent 25 years in the Army as a Green Beret and served three tours of duty in Vietnam.

But after going to the doctor in 2010 with a sore throat that wouldn’t go away, David was scared.

He was diagnosed with stage 3 throat cancer. Though he quit smoking a few years before that, David smoked cigarettes for almost 50 years.

“The next morning, I looked at my wife and said ‘I don’t have time for this. I’m gonna beat it,'” David said.

A long road ahead

Following surgery to remove the cancerous tumors, David faced an intensive recovery. For seven weeks, he received radiation twice a day and chemotherapy once a week.

David was always exhausted. He lost 102 pounds in only four months.

“I had no idea that the recovery was going to be so hard,” he said.

David’s wife, Marguerite, immediately stepped in to care for David. She drove him to and from treatment, gave him medication, and helped him bathe and dress.

She dedicated most of her time to David’s recovery and put her own needs aside. In addition to caring for David, she took on their daily chores and errands.

To help herself, she spoke to other caregivers about their experiences and took time for herself. She read books, practiced yoga in her room, and walked daily.

David said having Marguerite by his side made all the difference during his recovery.

“I’m a pretty independent guy, so I like doing things for myself. But during treatment, I just couldn’t,” he said. “I think we both learned a lot of things about each other we didn’t know before that.”

Marguerite learned from her caregiving experience too. She wants other caregivers to know—it’s OK. It’s OK to feel impatient, or worn out, or even upset.

“From time to time you will feel overwhelmed and maybe a little angry at the situation,” she said. “It’s normal to feel that way.”

Marguerite and David also stress the importance of self-care, something caregivers often forget.

“You can’t take care of someone at your own expense every minute,” Marguerite said. “You really need to fit things in for yourself where you can, even if it’s just taking a nap.”

Image credit: Courtesy of the Kayes