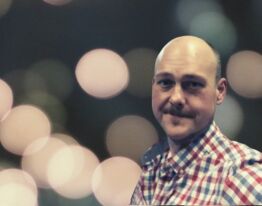 Nick is a Licensed Clinical Social Worker and Board Approved Clinical Supervisor through the Mississippi State Board of Examiners for Social Workers and Marriage & Family Therapists, and a Certified Clinical Trauma Professional through the International Association of Trauma Professionals.  He received his Bachelor of Science degree in Psychology from The University of Southern Mississippi and his Master of Social Work degree from The University of Alabama.  During his time in school, Nick worked at several different children’s psychiatric residential treatment facilities, group homes, and Autism intervention programs, as well as a children’s advocacy center working with children who were victims of sexual abuse.

After graduate school, Nick moved to Washington, DC where he worked for the DC Department of Mental Health developing a mobile crisis and street therapy outreach program for homeless children and families.  He then became a trainer for the Child Welfare Training Academy at the District of Columbia Child Protective Services Agency.  While at CFSA, he and his colleagues received a grant from the Freddie Mac Foundation to develop and implement an LGBTQ Coaching and Mentoring program for child welfare workers to foster cultural sensitivity in work with sexual minority youth in foster care.  This model was adopted by the Human Rights Campaign and is still utilized by child welfare organizations around the country.

In 2012, Nick moved back home to Mississippi where he was a professor in the School of Social Work at Southern Miss.  There, he was awarded the 2012-2013 Master of Social Work Teacher of the Year Award and the 2013 Outstanding Adjunct Faculty Award in the College of Health.  He then relocated to Jackson where he taught in the departments of pediatrics and psychiatry at The University of Mississippi Medical Center and served as social worker and child behavior therapist for the Child Development Center and CAY Clinic at Batson Children’s Hospital.

After several years in private practice and consulting, Nick became a school-based therapist for Coastal Family Health Center’s School Based Health Services program in Greene County, MS.  For 3 years, he worked with pre K-12 students throughout a school district that included 3 elementary schools, a middle school, high school, and an alternative school program.  Currently, Nick is Director of Integrated Behavioral Health Services for Coastal where he oversees all behavioral health, substance abuse, and psychiatric programs for the organization.  He continues to provide trauma therapy for patients at several of Coastal’s primary care clinics.

Nick enjoys spending time with his three rambunctious nephews, ages 8, 12, and 16 going on 30, who think they are on his payroll and probably should be on his tax returns.  He is currently working on a book about trauma treatment and plans to return to graduate school to pursue his Doctor of Social Work degree.